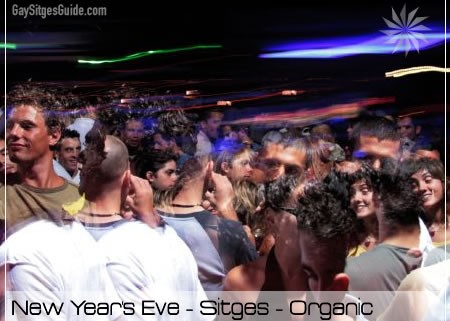 You take one day off.. and what do you return to… an inbox full of questions. It appears that you boys have been busy getting presents of laptops and broadband connections. The most common question. What to do for New Year's Eve? There seems to be a lot of you comming to visit us over the next few days. Most notably from France and the UK.

The Casion Royale night is sold out but is taking names for its reserve list. Prinz is having a New Year's Eve party with special presents… but get there early as we expect it to be a busy night. Orek's and B-Side will be busy as always. And Johanna is hosting an alternative New Year's Eve party in Privilege.

Most people will probably end up in Organic at the end of the night… but remember it won't get busy until 3am at the earliest.

March 26, 2014
Just round the corner from the gay beach, Avenida Sofia Hotel features a spa and a rooftop pool and bar. Its stylish rooms have contemporary decor and some offer sea views.
END_OF_DOCUMENT_TOKEN_TO_BE_REPLACED
https://www.gaysitgesguide.com/wp-content/uploads/Avenida-Sofia-Hotel-Boutique-Spa.jpg 333 500 Editor https://www.gaysitgesguide.com/wp-content/uploads/logo-gsg--300x123.png Editor2014-03-26 11:48:382017-06-03 13:25:30Hotel MIM Sitges

Light up your New Year’s Eve Scroll to top
×