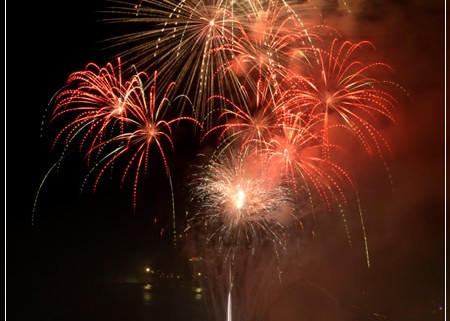 If you were on the Ribera side of the church this year for the Fiesta Mayor Fireworks, then you may have had difficulty seeing many of the fireworks that were high in the sky, due mainly to the extreme humidity and the lack of any wind at sea, to blow the smoke away.

The best views were on the San Sebastian side of the church, particularly high-up by the Hotel Melia Sitges.

They were truly spectacular and despite the smokey view, the atmosphere on the beaches was amazing, as it always is in Sitges!

See you in Sitges for Fiesta Mayor – Festa Major 2011, when the fireworks will take place on Tuesday August 23rd. And remember you can view more fireworks and an amazing end of Summer festival in Stiges during Santa Tecla on September, 20th to 27th. 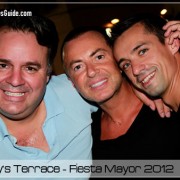 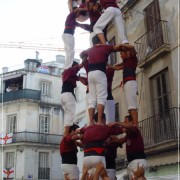 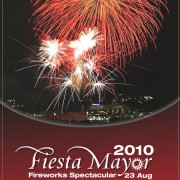 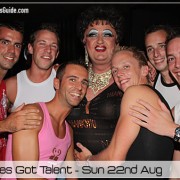 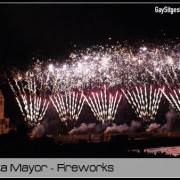 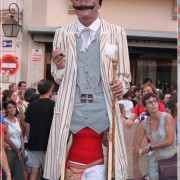 The arrival of the Giants – Fiesta Mayor Sitges.. 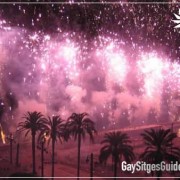 March 26, 2014
Just round the corner from the gay beach, Avenida Sofia Hotel features a spa and a rooftop pool and bar. Its stylish rooms have contemporary decor and some offer sea views.
END_OF_DOCUMENT_TOKEN_TO_BE_REPLACED
https://www.gaysitgesguide.com/wp-content/uploads/Avenida-Sofia-Hotel-Boutique-Spa.jpg 333 500 Editor https://www.gaysitgesguide.com/wp-content/uploads/logo-gsg.png Editor2014-03-26 11:48:382017-06-03 13:25:30Hotel MIM Sitges

Lady Diamond at Parrots Restaurant, Sitges Scroll to top
Send this to a friend