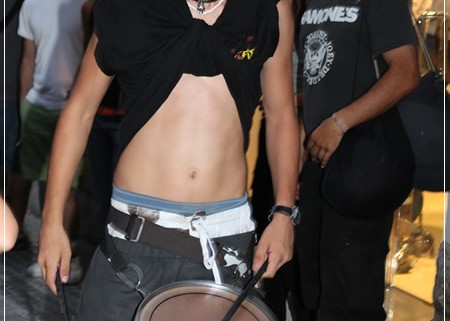 Batucada Markatú will present the fourth editionTimbalada Sitges, the largest drum festival in Spain on Saturday the 11th July.

They wowed the crowds at Barcelona Pride when they took part in the Official AFGAL Sitges float and they are set to do the same this Saturday evening with a host of other bands!

40 groups from all over Spain and over a thousand percussionists will come to Sitges with the intention of holding the largest concentration of percussion in over Spain.

The drummers will set off from 4 different rotues and finish at Cap de la Vila and then make their way to Can Robert Park for a huge concert.

The four routes are:

Then on to Carrer Sant Francesc de Can-Robert Park! 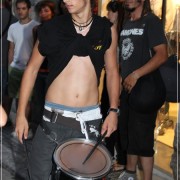 March 26, 2014
Just round the corner from the gay beach, Avenida Sofia Hotel features a spa and a rooftop pool and bar. Its stylish rooms have contemporary decor and some offer sea views.
END_OF_DOCUMENT_TOKEN_TO_BE_REPLACED
https://www.gaysitgesguide.com/wp-content/uploads/Avenida-Sofia-Hotel-Boutique-Spa.jpg 333 500 Editor https://www.gaysitgesguide.com/wp-content/uploads/logo-gsg--300x123.png Editor2014-03-26 11:48:382021-06-21 10:28:13Hotel MIM Sitges