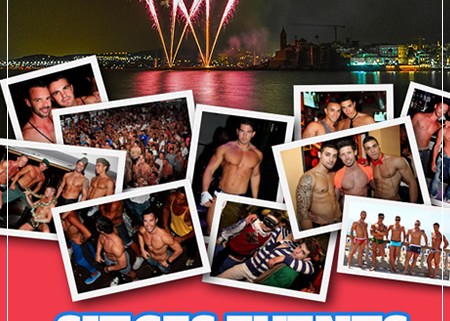 Now is the best time to start planning your trip to Sitges. The best hotel rooms with views and apartments with sun decks and sea views are normally the first to go and its already looking like the 2014 season will surpass the record numbers of 2013.

The busiest times will be during the key events which include the following: The highlight of the Winter Calendar, Sitges Carnival 2014 takes place at the end of February, later than normal. 200,000 people descend onto sitges in some of the most amazing costumes! The streets come alive with parties. Carnival 2014 takes place from the 25th Feb the 5th of March 2014 – parades taking place on Sunday the 2nd and Tuesday the 4th of March. More detailshere. Perhaps the biggest celebration of the Gay Season, Pride takes place on the second week of June 2014. This year is the 5th anniversary of the event so expect even bigger shows, international party names and more. Visit the official Pride site for details. The International Circuit Festival in Barcelona is one of the biggest gay events in Europe attracting more than 70,000 guys from around the world. The 2014 event takes place from the 6th to the 17th of August. Check out Gay Barcelona 4u.com for more details. Fiesta Mayor is the biggest celebration in Sitges. The entire town turns into one big partyzone. The highlight of the event is the spectacular Fireworks Display that takes place on the 23rd of August. For more details visit the Fiesta Mayor Page here. The last big party in Sitges takes place in the middle of September. The International Bears Week has grown over the past 10 years to become one of the most important events of its kind amongst bears, chasers and admirers. Every year the event attracts more international bears and a wider range of guys. Young cubs and muscle bears flock to the beaches of Sitges looking for fun and friendship. The 2014 event takes place from the 5th to the 14th of September. For more visit the Bears Week page.

We suggest that you book your hotel or apartment early for all of these events. Check out the very best deals with our partners here. 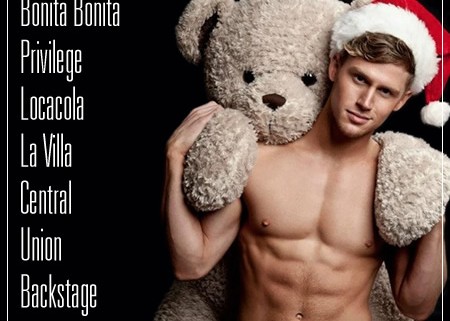 As Christmas descends upon us, we have many new visitors staying in Sitges during the festivities. Christmas in Sitges tends to be a more laid back affair, but you will find the locals in a friendly and welcome mood, less rushed than during the peak Summer Season.

If you are looking at celebrating New Years eve, then there are a number of options. Generally the event is celebrated at special dinners. You would be wise to book in advance. L’Angle, Queenz Restaurant and L’Ambassade are have hosting special New Years Menus.

Over the past few years the bars on C.Bonaire have opened before New Years Eve and the trend continues. This year expect Champagne and the obligatory 12 grapes at Privilege, Union and many other bars.

And of course who can resist the great Christmas Bingo nights in Bonita Bonita with GiGi Capri and Miss Pandora!

You can still get some great deals on Apartments for a last minute New Year’s Eve getaway!

Have a great Christmas and a prosperous new year! 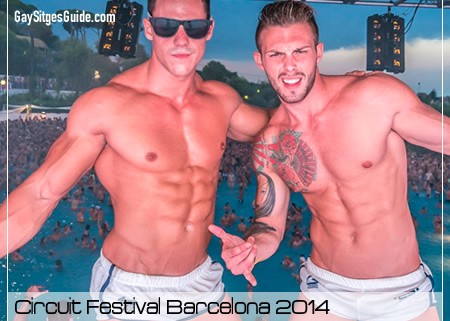 The 2014 event will take place from the 6th to the 17th of August and will include the legendary pool parties, top international DJs, circuit parties, cultural events and more. The 2013 event attracted more than 70,000 people to Barcelona and Sitges with many people staying in Sitges for the beaches by day and then heading to Barcelona at night. We recommend that you book your hotel well in advance for this event. The Eixample Area is the best place to stay in Barcelona close to the heart of the gay bars and clubs. We also have some great apartment options in Barcelona. An apartment can offer you even greater flexibility and is perfect for groups of friends visiting the city looking to share costs and have more space. Check out the gay scene in Barcelona for the latest event information on bars, clubs and more.

March 26, 2014
Just round the corner from the gay beach, Avenida Sofia Hotel features a spa and a rooftop pool and bar. Its stylish rooms have contemporary decor and some offer sea views.
END_OF_DOCUMENT_TOKEN_TO_BE_REPLACED
https://www.gaysitgesguide.com/wp-content/uploads/Avenida-Sofia-Hotel-Boutique-Spa.jpg 333 500 Editor https://www.gaysitgesguide.com/wp-content/uploads/logo-gsg--300x123.png Editor2014-03-26 11:48:382021-06-21 10:28:13Hotel MIM Sitges